Australia’s Performance-Based Standards (PBS) scheme has come a long way since its introduction almost a decade ago. Today, it is making a significant impact on many of the country’s most renowned trailer builders – including Vawdrey Australia, which is now taking the concept to new levels.

The advent of PBS has given many transport companies the opportunity to achieve higher productivity and increased safety by using high-tech transport equipment based on computer simulation and real world testing. Australian trailer building expert Vawdrey has embraced PBS by gradually implementing it across its entire product portfolio to suit a myriad of applications. 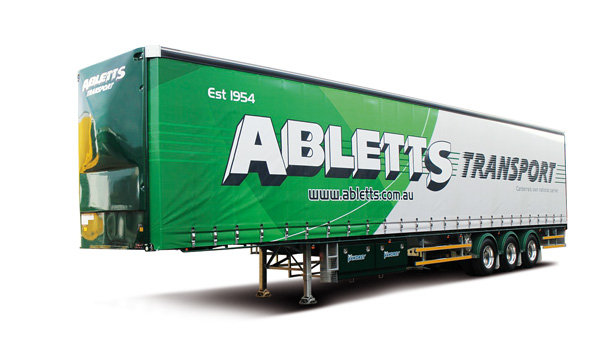 “We’ve invested heavily into PBS and worked tirelessly behind the scenes with various transport bodies to make the concept readily available to all fleet operators. As a result, we now have pre?approved PBS designs, which means the customer doesn’t have to wait lengthy periods to put their trailer on the road,” says Justin Simmonds, National Sales Manager at Vawdrey Australia. “We see PBS as an important asset to commercial road transport, and over the past couple of years we’ve taken some significant steps in introducing it across our product range.”

According to Vawdrey, the goal was to streamline the process by getting PBS approvals on a number of its trailer designs through extensive market research that is still on-going according to Justin. “Paul Vawdrey and I conducted extensive research into where the transport industry was heading, and what we found was that more operators were favouring PBS-approved combinations because of the increased productivity, efficiency and cubic capacity they offer,” he says. “At the moment, we are still working with local authorities for increased mass, but we’ve been very proactive on the PBS front. Our range of PBS approvals is also compatible with various prime mover makes and models, which is a huge benefit to our customers.”

Vawdrey’s PBS journey began in 2012, when it first introduced a quad-quad Super B-double capable of hauling two 40-foot containers, operating under strict PBS guidelines set out by Victoria’s traffic and road authority, VicRoads. At the time, the unit was only permitted to be used around Melbourne’s wharf district; but only a year later, Vawdrey rolled out several more Super B-double combinations, marking a major milestone in increased access for Higher Productivity Freight Vehicles (HPFV) under the new Victorian cheap diflucan online Freight & Logistics Plan introduced by the Victorian Coalition Government. 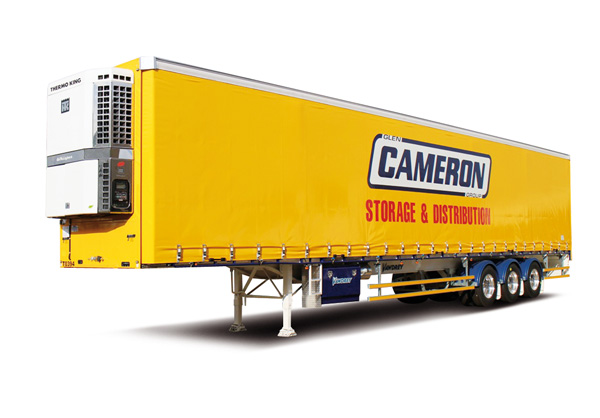 However, that was just the beginning. By February 2014, Vawdrey debuted its latest model to fall under the PBS banner – a 26-pallet/20m ‘Iceliner’ refrigerated van, further reinforcing its position at the forefront of Victoria’s HPFV movement.

“The Iceliner is proof that PBS can be applied to any one of our trailer models, and can now be driven on all general access routes throughout Victoria, NSW and QLD,” Justin says.

Before the dust could settle on the inaugural PBS Iceliner, Vawdrey was busy applying the finishing touches on a new PBS high cube trailer range. The result is a new 190m³ double drop deck B-double ‘Titeliner’ combination, capable of hauling up to 36-pallets (72 double stacked) at a heigh of 4.6m, while operating at a 68.5 tonne gross combination weight.

“We introduced outer perimeter chassis rails on both trailers to help maximise cubic capacity,” Justin says. “As a manufacturer and supplier for transport and logistics businesses, maximising cubic space inside the trailer is as vital as increasing payloads. We are able to achieve this by reducing the tare weight of each new trailer and providing more clearance both inside and outside, while meeting strict OH&S guidelines.”

In the wake of the high cube launch, Vawdrey then set off pre-Melbourne Truck Show fireworks by releasing Victoria’s first PBS-approved A-double combination. Justin says, “Having the ability to move two 40’ containers on the one vehicle both to and from Melbourne’s wharf district, instead of using just the single or two separate vehicles, will reduce truck trips tremendously for the company and also deliver a 100 per cent productivity gain on each trip.”

Despite its accomplishments, Vawdrey still sees PBS as a very “raw” topic. But instead of perceiving this as an issue, the Vawdrey team sees it as an opportunity. “PBS is alive and well in Australia’s transport market,” Justin says. “However, there are still many fleet operators and businesses out there that don’t fully understand its long-term benefits. That’s where Vawdrey will be there to help guide those customers. Once they grasp the concept of PBS, it becomes a matter of seeing where it can be best implemented into their day-to-day operation. To help them tap their full potential, Vawdrey now has PBS-approval across a wide range of trailer specifications and that’s only going to grow.”