By harnessing cutting-edge technology and combining it with an unwavering family bond, Vawdrey Australia has grown from a small workshop into a national powerhouse over the past 40 years – time to celebrate.

It’s safe to say that nothing ever came easy to Mick Vawdrey, who established the eponymous family business in 1974 and has since grown it into Australia’s largest privately owned trailer building company.

Establishing a successful body building business from scratch is a tough task, especially in a country like Australia, where the climate is unforgiving and the road network is notoriously harsh. But growing it into a national marquee brand that is constantly resetting the bar on innovative trailer design is a Herculean challenge – especially so when tied to a wheelchair.

Mick Vawdrey has achieved just that, but he says what many of us would see as a disadvantage proved helpful over time, as he was able to work on, not in, the business. “In hindsight, the wheelchair was an asset to the business as it made me focus on growing it instead of losing myself in the actual production process.”

40 years have passed since Mick first ventured into the transport equipment industry with the launch of a small body building workshop in the Melbourne suburb of Braeside, but many say the list of innovations brought to Australia by himself, his son Paul and the Vawdrey team during that time is long enough for a whole century. 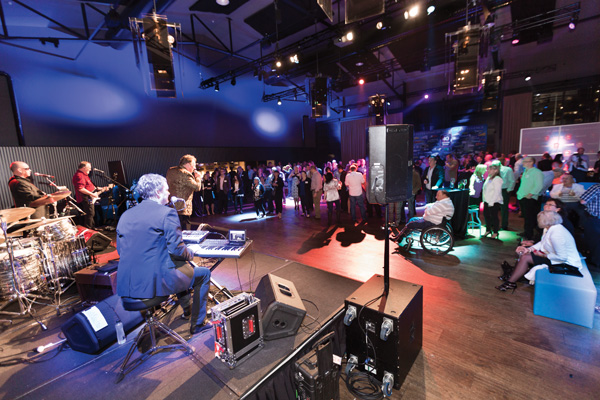 Vawdrey not only brought the Wingliner to Australia, a futuristic semi-trailer concept with a folding side door that is still widely used today, but also pioneered the OH&S movement with the launch of an automatic mezzanine deck system in 2010 and an automatic, buckle-less truck curtain in 2009.

Since 2012, Vawdrey also helped the much talked-about PBS scheme expand beyond the classic truck and dog segment and brought it to the general and refrigerated freight market – effectively helping Australia’s road transport community cement its reputation as the most progressive in the world.

Vawdrey’s PBS journey began with the design of a Super B-double capable of hauling two 40’’ containers at once, operating under strict PBS guidelines set out by Victoria’s traffic and road authority. Less than year later, it rolled out a whole range of Super B-double combinations based on the same concept, marking a major milestone in increased access for Higher Productivity Freight Vehicles (HPFV) under the new Victorian Freight & Logistics Plan introduced by the Victorian Coalition Government in August 2013.

In February 2014, Vawdrey debuted the next model to fall under the PBS-approved banner – a 26-pallet/20m ‘Iceliner’ refrigerated van, further reinforcing its position at the forefront of Victoria’s HPFV movement. In the lead-up to the Melbourne Truck Show, the company also released Victoria’s first PBS-approved A-double combination; and before the dust could settle, a high cube Titeliner version followed. The 190m³ double drop deck B-double is capable of operating at a 68.5 tonne gross combination weight and won’t be the last design in Vawdrey’s growing PBS catalogue.

With Vawdrey forging ahead without pause, some in the industry may have been surprised when Mick and his son Paul, now National Sales Director of the proud family business, allowed for a quick sojourn in mid-November to celebrate the brand’s 40th birthday.

But according to Paul Vawdrey, the time was right to pause and reflect on an astounding 40-year career in Australia’s trailer building industry. “Vawdrey is a classic example of an Australian family company in that father and son work side by side to grow the business and keep the tradition alive,” he says in honour of Mick’s impressive oeuvre.

But there’s even more to the Vawdrey brand and its conscientious creator than the special dynamic between father and son. The leadership baton didn’t just get passed on to Paul alone, but is – metaphorically – co-carried by everyone involved, from workshop staff all the way through to top management.

“Everyone here has a sense of ownership for the brand and the product, which is one of Mick’s most important achievements to date. Along the way, he has ‘adopted’ many talented people who are now seen as part of the extended family – making for an inimitable aura of tradition and unwavering loyalty surrounding him.”

It’s a humble Mick Vawdrey who says that his success is owed to the goodwill of many in the industry, but he cannot hide the fact that he his proud to see his son Paul carrying on the family tradition.

Now supervised by a talented management team, Vawdrey is a company on the move, fully aware that to survive in a fast-evolving business landscape, it has to out-innovate the competition and seek new avenues of growth – as demonstrated by its recent investment into PBS pre-approved equipment.

What won’t change, however, is Vawdrey’s commitment to quality, says Paul. “Vawdrey does not compromise the product. It embodies robust, Australian craft, and that will never change.”