With parcel freight volumes constantly rising, StarTrack knows it must have high-tech transport equipment at the ready to be able to react at a moment’s notice. To meet its high standards of reliability, safety and delivery, the company is working closely with Vawdrey Australia.

It’s been an eventful three years in the history of Australia Post since it acquired a 50 per cent interest in StarTrack in 2012. The move has led to a significant surge in demand and prompted the StarTrack/Australia Post business to spend more than two billion dollars to upgrade its parcel freight sites in Melbourne and Sydney over the past year.

“Business was already in high gear, but since Australia Post officially took over StarTrack, demand has skyrocketed,” says Terry Bickerton, National Manager for Fleet at StarTrack/Australia Post. “The onset of the online shopping boom has led to higher volumes of deliveries and is the reason why we’re in the midst of replacing our older units with new equipment to keep up with this development.” 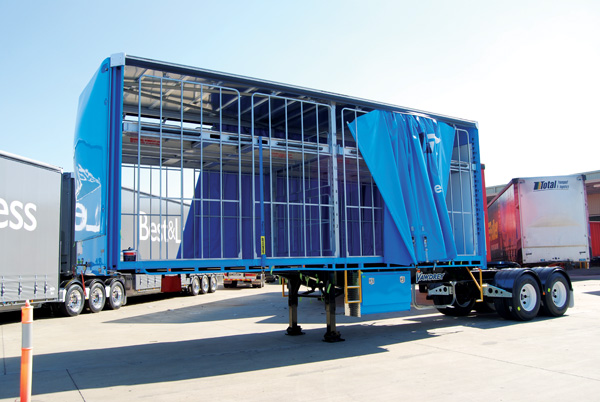 In January, StarTrack placed an order with Vawdrey for 33 trailers – encompassing drop diflucan order deck curtain-sider B-double combinations and fibreglass reinforced plastic (FRP) vans – with all units completed and delivered by May and branded with a new-look StarTrack/Australia Post logo.

“It’s quite a diverse makeup,” Terry says. “Some of the drop deck B-trailers have been fitted with mezzanine decks to accommodate palletised goods, for example. The mezzanine decks are operated manually, but since most of the pallet freight is the same everyday, those decks are fixed from the moment they go into service. This also reduces OH&S risks as our drivers don’t need to handle them due to the regularity of the freight. 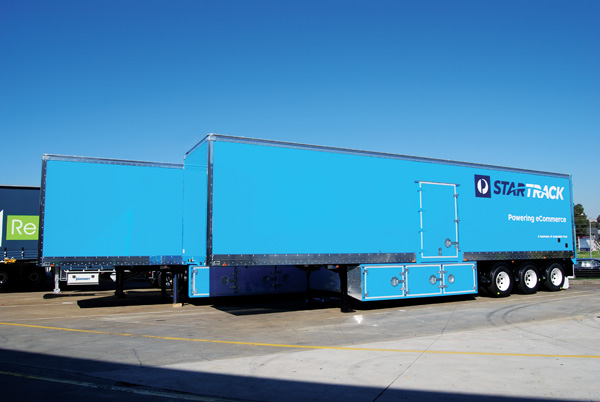 “Meanwhile, the FRP vans are mostly used to carry mail and parcels, or what we call ‘loose load’ freight, which includes small boxed items that can be stacked from the floor to the roof.”

According to James Dixon, General Manager of Transport, Australia Post, the latest delivery is part of StarTrack’s on-going fleet replacement program, which means all vehicles must be turned over after exceeding two million kilometres, or, as he puts it, “approximately 10-15 years of service”.

James says the program is an absolute necessity, especially given the trying 24/7 schedule of the fleet. “Since time is money and safety is a key component of our industry, we need equipment that won’t break down or put our drivers at risk,” he explains. “Vawdrey has manufactured more than 700 pieces of trailing equipment for us, with a relationship that spans in excess of 17 years, so consulting them for this build was a logical choice.”