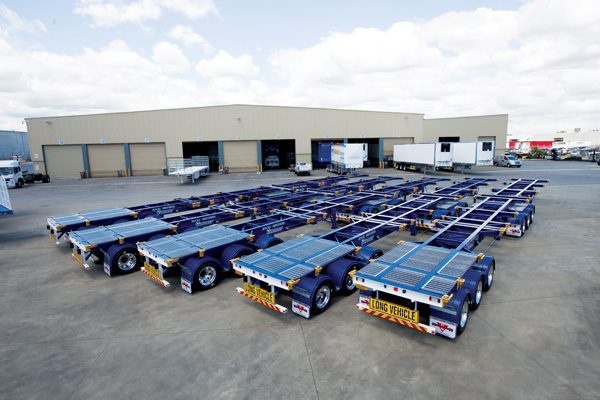 With the arrival of 10 Vawdrey-built PBS B-double combinations that can also be configured as A-doubles, waterfront transport service Rocke Brothers now has the flexibility to cater to any container handling job.

Adaptability is an important characteristic for businesses in the commercial road transport industry, especially in a fluctuating market segment like container handling. For Matt Simmons, Managing Director of Rocke Brothers, maintaining a high degree of operational flexibility is directly linked to the company’s equipment choices. That’s why, for the first time ever, the family-owned business is now investing into Performance-Based Standards (PBS) approved equipment.

“To remain successful in the current business climate, many transport companies are upgrading to more flexible PBS equipment,” Matt explains. “In our industry, container traffic and freight volumes are changing every day, making it critical to have trailers that can perform different roles and carry maximum payload at the same time.”

To remain at the leading edge of trailer technology, Rocke Brothers therefore called on trailer expert Vawdrey Australia to manufacture 10 PBS-approved B-double skel combinations that could also be A-double configured. Marking the first-ever PBS order in Rocke Brothers’ history, the order will see the company fleet grow well beyond the 200-trailer mark once delivery is completed in December.

“These trailers will be used to transport containers for one of the biggest grain companies in Australia. Prior to using PBS equipment, we could only transport single containers from regional Victoria to Melbourne’s port district,” Matt says – revealing that Vawdrey has also supplied an additional dolly, which will be deployed should Rocke Brothers choose the A-double configuration. “Now, we can also use the combinations as PBS A-doubles and carry two 40-foot containers at once.” 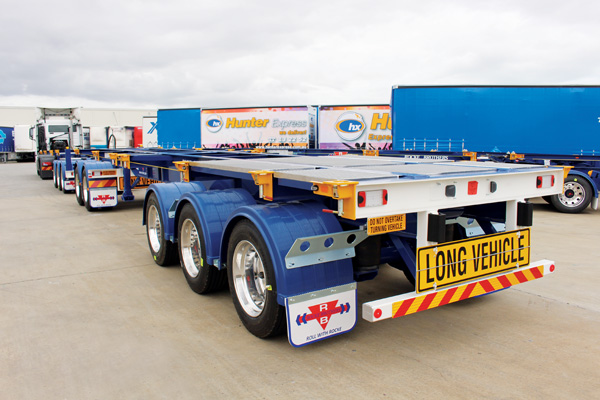 The ability to change the configuration to suit the cargo is what drew Matt and his team to Vawdrey. “The fact that Vawdrey has designed combinations that can switch between an A-double and B-double gives us plenty of flexibility and will ultimately help us deliver a 100 per cent productivity gain on each generic diflucan trip,” he states. “If we don’t need to run them as A-doubles, we always have the flexibility to use them as standard B-doubles. There’s options galore and Vawdrey has fitted all the features to cater to both configurations.”

Regardless of the configuration, Matt notes the Vawdrey design is also resilient enough to handle the punishment that impact loading causes at the wharf. “The trailers’ core strength makes each unit a very durable and efficient vehicle,” he says. “When you’re at the docks, the containers are loaded straight onto the trailers, so the unit must have enough strength to sustain that type of impact loading.”

To achieve that high level of strength, Vawdrey used Domex steel for the chassis, while fitting SAF-HOLLAND Intradisc-Integral axles and suspension, along with Wabco EBS. “The running gear set-up was required by the National Heavy Vehicle Regular (NHVR, ed.) in order for the combinations to be PBS compliant,” Matt says. “Choosing the right components means we have the stability and safety features on board to maximise our payload under PBS while keeping our drivers safe – and that’s really what these combinations are all about.”

Choosing to do business with Vawdrey was a no-brainer, according to Matt. “Vawdrey’s advancements in the PBS scheme have been well-documented and the team there has been pushing the concept with us over the past few years now, knowing it would help improve our operation. The Vawdrey team has always shown an interest in the Rocke Brothers business and offered solutions to help improve it. On this occasion, it just made sense to work with Vawdrey as we believe it is a leader when it comes to innovative PBS designs.”