Vawdrey Australia has just put the finishing touches on a new, state-of-the-art sales and service facility in Brisbane, which has been decked out with all the equipment and space to meet the company’s growth into the future.

At the end of March this year, the Brisbane branch of trailer building expert, Vawdrey Australia, made the move into brandnew premises and officially opened its doors for business.

Now, the final coat of paint is dry on a facility that represents a substantial investment for the company, says Queensland State Manager, Brad Cadwallader. “This is an enormous facility,” he explains. “It covers even more space than our Sydney and Melbourne service facilities.”

Reeling off the numbers, Brad details that the new Vawdrey premises is on an 18,000m2 plot of land south of the Brisbane CBD in Larapinta, boasting a total building space of 4,600m2, with its workshop counting for 3,200m2.

“We’ve owned the land for a few years, and started building in March last year,” Brad says. “Building our own facility from scratch allowed us to design the layout exactly how we wanted it, rather than using an established facility that doesn’t quite meet our needs.”

The new facility boasts 30 bays with the ability for B-doubles to drive through, with 23 service points in a shed wide enough to work on entire combinations. Making the mechanics happy is a swathe of brandnew equipment, including chassis straightening jigs, a drive through spray paint booth, trailer wash facilities, a fibreglass repair bay, two five-tonne overhead gantry cranes and expanded fabrication facilities. “We’ve got everything we need to provide a ‘one stop shop’ for our customers for any repairs, routine servicing, breakdown and smash repairs, as well as refurbishments, modifications and upgrades,” Brad says.

In designing the facility, Brad adds creating a safe environment was one of the biggest concerns for the Vawdrey team, ensuring enough space was allowed between the bays. “The pits make working on the trailer safer, overhead cranes make lifting and moving components safer, and because the facility is drive through, there will be reduced movements,” he says. “Through the improved efficiencies from the layout and new equipment, we expect to improve buy diflucan no prescription turnaround times considerably for our customers.”

Brad adds that the location of the new facility is also an improvement for its customers. “We’re now conveniently situated in the industrial heart of Brisbane, right next to many of our customers on a major corridor of the Logan Motorway. Previously, we were a little out of the way, but now we’re right in the middle of it all.”

Environmental upgrades are already planned for the Brisbane facility, aiming to transition to solar power at some point in the near future. “We’ll be following down the path we started with our Dandenong facility, which converted to solar power at the start of the year,” says Brad. “We’ve already fitted the site with special storm water management for run off into environmental ponds, and high efficiency LEDs to conserve energy throughout the entire, office, warehouse and workshop.” 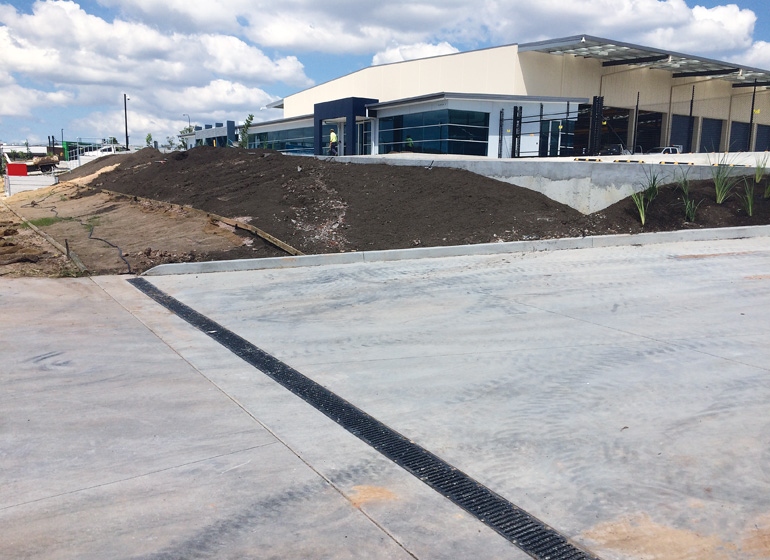 The workshop’s staff is settling in nicely to their new, bigger premises, Brad says, adding that Vawdrey Australia has already begun recruiting a few new mechanics. “The recruitment process will be on-going as we continue to expand,” he says. “We bring in new staff, and depending on their level of experience, we buddy them up with one of our many senior mechanics that have been with Vawdrey for years. We’ve got guys who have been with the company since we first set up in Brisbane, so there’s a wealth of knowledge for new staff to learn from.”

According to Brad, the move from the old Brisbane facility with its 10 bays to the new, 30 bay-strong workshop is a large upgrade for the business, and represents a strong business confidence from the trailer builder for the years to come. “We’re building for the future. We’ve got enough space here so we can continue to service our customers to the high standards we are known for, for a good many years,” he says. “We’re keen to have people tour the facilities. Everyone is welcome to come and see how Vawdrey Australia is investing in the future of Australian road transport.”