With a personalised can-do attitude to deliveries and service, Bruce Avery Transport stands out for being a versatile operator with national reach. Its latest Vawdrey Titeliners, acquired to cart produce reliably and efficiently between Perth and Darwin, are proving to be especially effective in triple road train configurations.

Bruce Avery started his road transport business in 1994, investing in a single truck and two flat top trailers, subcontracting for various companies in Western Australia. In the space of five years, Bruce upgraded from a 1984 W model Kenworth to a new C501 Kenworth with three trailers. After that, another five years, he expanded his fleet with another truck with two tippers and then another truck with a small loader and dolly then two more trucks with flat top trailers. It was at this stage that Bruce stepped away from full-time driving and concentrated on the maintenance, operations, loading and relief driving.

“From then on the WA economy started to boom and growth became a natural progression, but not without hiccups,” Bruce says — explaining that along the way the large company briefly fell upon hard times.“But we managed to continue on trading and turned things around to where we are today with a fleet of 45 trucks and 200 pieces of trailing equipment.”

Bruce represents the first generation of the Bruce Avery Transport while both of his sons, Thomas and Jack, became involved in family business more than 18 months ago. 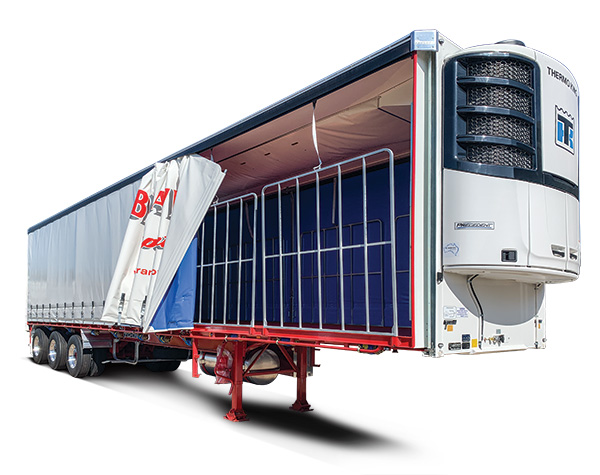 “My eldest son is learning the office roles from sales though to operations as well as a basic understanding of the OH&S along with accreditation and the financial structure of the business,” Bruce says. “Jack, my youngest son, is doing an apprenticeship in the workshop learning all aspects of truck and trailer maintenance.

Bruce Avery Transport is primarily based in WA and the Northern Territory, with depots in Perth, Newman and Darwin, but it does have alliances with other companies to coordinate projects with its clients Australia wide.

“We have a variety of specialty fields one being Dangerous Goods (DG) transport to various mine sites as well as DG requirements for Perth to Darwin and return, mine site supply runs to several mines, contracts with large retail outlets, national equipment supply contracts and meeting various mine site construction companies transport requirements,” Bruce says. “Recently, when we won a contract with a large retailer to cart from Perth to Darwin and we needed more insulated curtainsider trailers, so I decided to purchase refrigerated trailers from Vawdrey Australia to open up the availability for back loading produce from the North back to Perth.”

Other Titeliner features include Fuwa K-Hitch parallel bearing axles that are matched to the Weweler air suspension as well as Thermo King refrigeration units.

“Thermo King has the best backup and proven record in WA and we put the largest capacity units on the Titeliners which also have the best insulation available,” Bruce says. “These trailers will help with a more consistent back load situation going forward and also opens other potential avenues of diversification.”

These Titeliners run from Perth to Darwin in triple road train combinations in any position depending on the weight of the payload.

“Being new equipment there is always a period of time of reduced maintenance cost and down time,” Bruce says. “Vawdrey builds a light tare weight product, is competitive on price and has the quickest build time which became important when we had to hire trailers to start the new contract. I’m very impressed with the way Vawdrey delivered the Titeliners; they are very easy to deal with.”