Safety, reliability and value are quite literally all in the name for SRV Road Freight. The acronym aptly sums up the operating principles of the Queensland based company; and when purchasing new equipment, the company seeks trusted brands that share this vision.

Errol Cosgrove grew up in the transport industry, so it seemed only natural that he would eventually end up running his own transport fleet. In 1997, this became a reality for Errol as he established SRV Road Freight in Yatala, just off the Pacific Highway in Brisbane. The business was set up with the belief that the needs of its customers are of the utmost importance, and this belief continues to drive SRV’s operations every day.

From humble beginnings, Errol has seen the business experience significant growth and is now responsible for around 50 trucks and over 75 trailers. This fleet is used to cart general freight throughout the eastern seaboard. A large part of operations include transporting Coca-Cola products to Coca-Cola warehouses to service a contract with the beverage company. 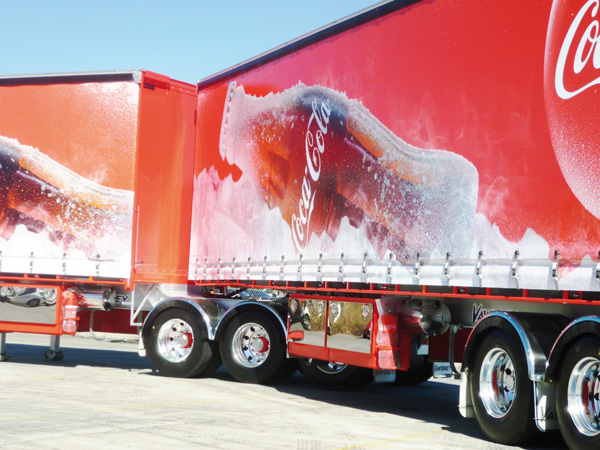 Despite the phenomenal growth of the business, it has remained family owned and operated – something that Errol takes great pride in. Errol’s mother handles paperwork, his wife does the fleet management, his daughter is in charge of accounts and payroll, his son-in-law is in sales and his cousin works in operations. Errol’s father also worked by his side until his passing a few years ago.

Continual training is also offered to all members of staff in all aspects of transport in order to ensure that all tasks are carried out in the safest and most efficient manner.

Today, about 80 per cent of the trailer fleet is built by Dandenong based manufacturer, Vawdrey. SRV began using Vawdrey products around three years ago and has since forged a strong business relationship with the company. This has resulted in the purchase of 25 Vawdrey trailers in the last 12 months alone.

“All of our new trailers are now purchased through Vawdrey. We started purchasing Vawdrey trailers because of their reliability, service and the relationships the company has with its customers – and because they are honest. When it comes to the supply of equipment, you need someone honest that you can rely on,” says Errol. “To add, their quality is right up there.”

SRV took delivery of seven Vawdrey B-double combinations last year and recently received another two B-doubles. Three more B-doubles and one semi trailer are also due for delivery in August.

The SRV fleet is used to carry out a diverse range of freight movements. The trailers operate under mass management. B-double combinations are capable of achieving weights of up to 38 tonne and almost always operate fully loaded. For this reason, the trailers are built to be robust and sturdy in order to withstand these high weights. As all of the trailers are very similar, they are also all interchangeable. “If a truck breaks down and can’t move the trailer, another truck can come and deliver the product,” says Errol.

Seven of the new B-doubles also feature Vawdrey’s cable load restraint curtain system, which is load restraint rated at 1550kg per pallet space. “I’ve found that by going that way, the drivers aren’t having to lift heavy gates in and out of the trailers, so it stops a lot of OH&S issues,” says Errol.

“The trailers are also fitted with K-Hitch axles, parallel bearings, digital weigh gauges and media doors. Because the
media doors are a flush door built inside
the frame, there is less movement of
the frame.”

As the company continues to expand at a phenomenal pace, Errol hints that more Vawdrey trailers are likely to enter the SRV fleet before the year’s end. “We share a long-standing relationship with our suppliers,” he says. “There are definitely more orders in the pipeline.”