Two Vawdrey Super B-double combinations rolled out of the Dandenong depot of Wettenhall Logistics in early August – marking a milestone in access for Higher Productivity Freight Vehicles (HPFVs) on the Victorian road network under the new Victorian Freight and Logistics Plan.

Neil Chambers, CEO of the Victorian Transport Association (VTA), praised Wettenhall Logistics’ Managing Director, Scott Wettenhall, and his team for being “transport pioneers” as the first company to be granted approval under the Government’s HPFV ‘Cubic Freight Network’ policy to operate Super B-doubles between Dandenong, the Port of Melbourne, and associated empty container parks near the Port of Melbourne.

“This represents a significant investment by a family company like Wettenhall Logistics. Scott has done the numbers and knows his clients’ needs for the efficient movement of light full containers to and from the Port of Melbourne, and the associated management of the empty container task.

“Having the ability to move four Twenty Foot Equivalent Units (TEU) on the one vehicle both to and from the Port, instead of three TEU on a B-double or two TEU on a semi-trailer, will reduce truck trips tremendously for the company,” Chambers added. 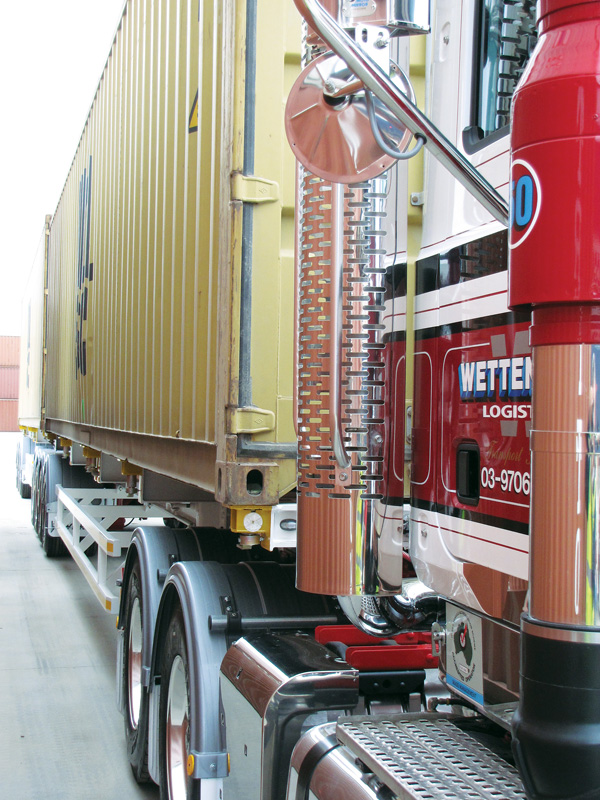 “As is the trend generally, more and more of the Wettenhall Logistics container transport work involves 40-foot diflucan purchase online containers, rather than 20-foot containers. Using the Super B-doubles to carry two 40-foot containers as opposed to the cartage of only one 40-footer on a B-double or on a semi will deliver a 100 per cent productivity gain each trip.”

According to Chambers, the use of less trucks, and the rating of the vehicles to 90 km/h, will deliver “many savings” for the company – including a reduced fuel bill, reduced energy emissions and less stress for drivers.

“These are also some of the safest heavy vehicles on our roads. As a condition of their access, the vehicles are monitored by Intelligent Access Program (IAP) certified GPS, have EBS braking technology, and brand new Mack Prime Movers with the latest engine and safety designs.

The trailers have been built by Australia’s largest privately owned manufacturer, Vawdrey, to exacting safety and engineering standards – including side under-run protection for the protection of pedestrians and cyclists. “We are extremely glad that these vehicles are now on the wider road network as we know that it is the start of an exciting journey,” said Chambers.

“We have no doubt that they will demonstrate to the Government, the community and to industry, that they are safe, productive, efficient, and the way of the future.”