Peter Gunn is a legendary name in what is today a world-class industry. His mantra for the past 50 years in transport has been ‘specialisation, innovation, standardisation’.  Peter’s relentless way of doing things, his passion for trucking and building businesses, has been critical in contributing to road transport becoming a major driver for the Australian economy and, more broadly, influencing modern trailer design. 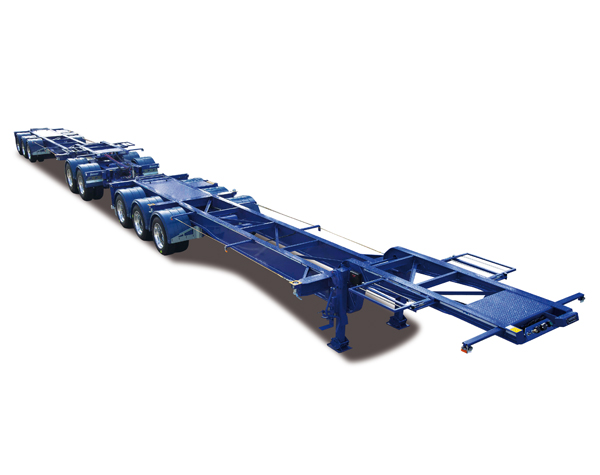 On the back of WWII – decades before high-productivity schemes such as Performance-Based Standards (PBS) were even ratified – Peter was at the forefront of genuine innovation, solving technical dilemmas and finding better ways to operate.

To pay his way through university during the 1950s, he took up a trucking gig. His first job was with Fred Brown Transport. Years later, perhaps out of sentiment and a keen sense for business acumen, he would go on to acquire the company which is known today as FBT Transwest.

By the late 1960s, Peter completed his tertiary studies (commerce at the University of Melbourne) and established his own transport services business, Cubico, where he single-handedly revolutionised the cubic freight market and introduced technologies and processes that are still currently in use.

A quintessential inventor, Peter’s approach to optimising cubic freight in transport also saw other design changes such as low floors, drop decks and smaller wheels which have since been widely adopted by other innovative trailer manufacturers like Vawdrey Australia ever since.

After decades of strong growth, Peter merged his business in 1999 with the logistics division of Mayne Nickless to build a powerful Melbourne-based investment firm, PGA Group.

With a keen interest in trucking that continues to endure, Peter recently met with Mick Vawdrey for a factory tour at Vawdrey’s manufacturing facility in Dandenong South, Victoria. Between Peter’s acute attention to detail and Mick’s passionate ethos, both gentlemen exemplify what it takes to understand the national freight task and provide leading-edge trailing equipment that champions productivity gains and improved road safety.

Mick himself has seen the Vawdrey family business grow from a small workshop to a national marquee brand supporting 400 staff, celebrating 45 years of operation in September last year. Seeing the two of them talk shop and reflect on their industry contributions was indeed a sight to behold. 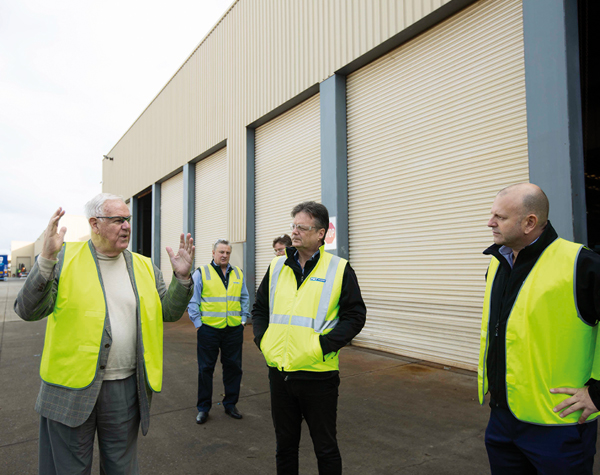 For FBT Transwest Managing Director, Cameron Dunn, investing in the latest Vawdrey trailer designs reinforces his mission: to maintain safe and sustainable business operations. By fostering reliable support networks, partnering with suppliers like Vawdrey is essential when reducing operational risk and maximising the potential of the fleet.

Through his work with the Victorian Transport Association as President, to managing FBT Transwest, Cameron has forged a reputation for distilling often complex issues down to a simple message and leading by example. This commitment to taking action is a daily challenge as he firmly believes ‘if you talk the talk, you need to walk the walk’. The supply of Vawdrey trailers, built to specification, has been an important part of Cameron’s safety advocacy.

A lightweight 20/20 skeletal B-double is also joining the FBT Transwest fleet to carry tanktainers. This set was designed with a slope in the chassis rail to comply with operating criteria of 64 degrees to the centre of the tanktainer along with all of the other safety features fitted as standard.

By implementing a strict procurement policy with Vawdrey Australia – reinforced by the dedication of industry luminaries like Peter and Mick – Cameron is realising his vision for a safer, more efficient road transport business.